Skip to content
Are you still running Android 4.1 or below? Then you will be
a victim of what is about to happen. Google has recently join Apple in clearing
apps from play store that is not supporting the latest Android OS model.
This way all newly submitted apps should work with the
latest Android versions, while the already available ones that fail to update
could be retired for good. 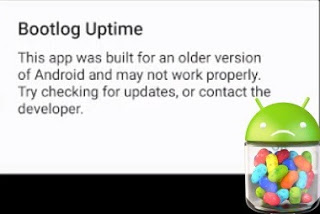 Developers have found a new class in the latest Android P Dev Preview, which
sets a minimum API version. If this is not met by an app, the OS pops up a
warning message stating:

“This app was build for an older version of Android and may not work
properly. Try checking for updates, or contact the developer.”

The current minimum API version set in Android P is 17, which is 4.2 Jelly
Bean. We are yet to see if this will remain as a warning in the final version
of Android P, or it will block apps from running.

Google’s intention will be brought to light once Android P is complete.