The Gionee F205 is an entry-level smartphone that also has a FullView display. Its screen is 5.45” and has a 1440 x 720 resolution and under its metal body is 2GB of RAM, 16GB of built-in storage and a MT6739 processor.  The phone has an 8MP rear camera and a 5MP selfie camera. 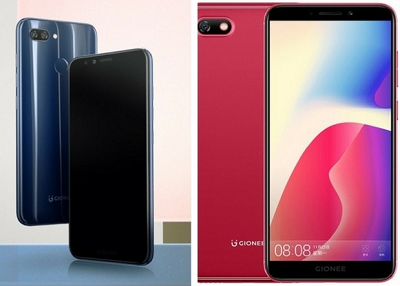 It doesn’t have a fingerprint scanner but it has Face Unlock. There is also a 2670mAh battery for juice and a dedicated microSD card slot.

It runs Android 7.1.1 Nougat and has features like Private Space 2.0, support for up to 3 Whatsapp accounts, app lock, and app clone.

The Gionee S11 Lite is similar to the Gionee F6. It has the same curved and reflective rear design as the other S11 siblings but with less-powerful specs. 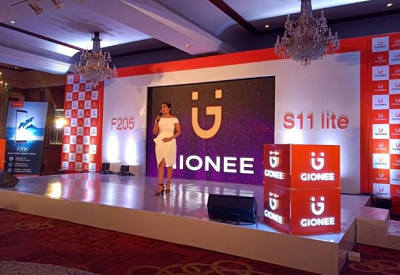 Camera wise, the Gionee S11 Lite sports a dual rear camera setup with a 13-megapixel primary sensor and a 2-megapixel secondary sensor. At the front, is a 16-megapixel selfie shooter and it comes with Bokeh effect. Also, the smartphone comes with 32GB of inbuilt storage, expandable via microSD card (up to 256GB).

It has a 3030mAh battery, a rear-mounted fingerprint scanner, and support for Face Unlock.