Skip to content
There are lots of ways to make video calls, including Skype,
Hangouts and Facebook Messenger. But if you’re still wedded to BlackBerry’s
declining ecosystem, you can make video calls to your Android and iOS friends
through BBM Messaging app.
There’s no sign-up or approval required to use the feature.
When you tap the icon to initiate a call with one of your BBM contacts, BBM
will ask whether you want to make a voice call or try a video call with the
beta feature (provided your contact is also eligible to participate). 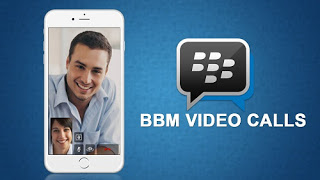 This feature was made available to US and Canada only in
early May while still in its beta stage, and now BBM users in Africa and other
countries (but not all)can now make video calls on their Android or iOS
devices.
Minimum Requirement

Though BB10 users have been rocking this feature for long
and Blackberry just decided to bring forgotten Android and iOS users into the
fold.