Skip to content
Just barely a week ago when Airtel reduced the data tag on
their famous social media plan of 20GB for N200, they’ve yet again done the
unexpected and I can’t imagine what will be the fate of those that love
downloading a lot using their vigilante data plan. 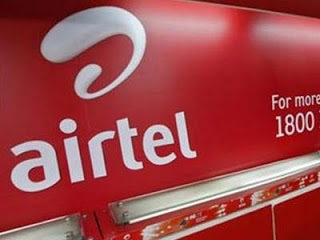 Airtel Nigeria has increased the data price of the vigilante
night plan of 1.5GB for N50. Formerly, with N50 you can subscribe for 1.5GB Airtel
night plan but now, it has been increased to N200 for 1.5GB. Though it has not physically reflected on their page, but technically, it has been updated.
Every attempt to subscribe for it last night was proved
abortive, a call was passed acrossed to CC and it was confirmed that it has been
increased to N200; though the 500MB for N25 still remain unchanged.
You’ll remember that etisalat also introduced 1GB for N200 night
plan in which most people complained that it is on the high side. You now have
the option to bounce back to MTN vigilante night plan of N25 for 500MB or stick
glued to 1.5GB for N200 from Airtel.
Now you don’t need a seer to tell you that Airtel economy
have shifted gear to Yabaleft…