Skip to content
This is the first smartphone for HTC this year 2018, mid-range
smartphone that comes equipped with dual
front-facing cameras and it is the first phone from the company to arrive
with facial recognition feature.
The HTC U11 EYEs features a 5.99-inch full screen display
with an 18:9 aspect ratio. Under the hood lies the Qualcomm Snapdragon 652
coupled with 4GB of RAM and 64GB of ROM expandable via microSD card. 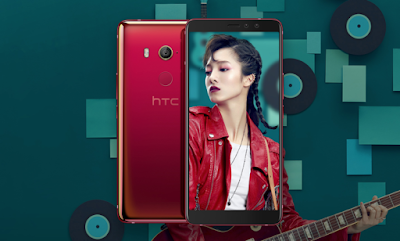 The phone sports a dual 5MP+5MP camera setup on the
front. On the back lies a 12MP f/1.7 Ultrapixel 3 camera with dual LED flash,
PDAF with support for 4K video.
The U11 EYEs comes equipped with squeezable Edge Sense
pressure-sensitive frame. By squeezing the phone, users can perform customized
tasks on the phone such as starting an app, snapping a photo and more. The U11
EYEs is running on the Android 8.0 Oreo OS that is customized with the latest
HTC Sense UI. 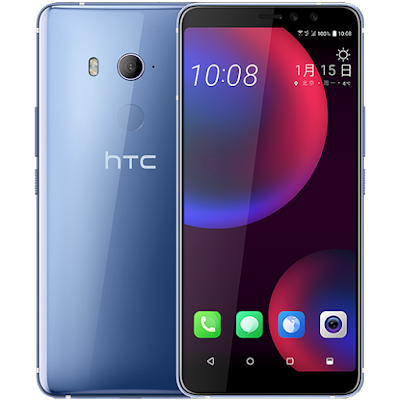 The HTC U11 EYEs will be powered by a 3930mAh battery with
Quick Charge 3.0. The EYEs will come with IP67 certification, which is a cherry
on the cake. The other features of the U11 EYEs include dual SIM support, NFC,
Bluetooth 4.2, Wi-Fi 802.11ac, 4G LTE and GPS. The handset does not feature the
standard 3.5mm audio jack.
It will be priced at $512.