Earlier in March this year, Google said Android Operating system, the phones it powers are now as hard to hack as iPhones.

While this may be true for the operating system itself, when you compare the two smartphone ecosystems as a whole, the data suggests that iOS is generally more secure.

The Threat Level – iOS vs Android

If we’re talking purely about the level of threat that exists on the two platforms, it would seem iPhone and iPad users have the better side of the deal. Studies have found that a far higher percentage of mobile malware targets Android than iOS, the software that runs Apple’s devices. 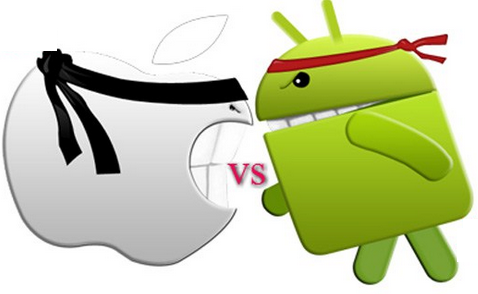 That’s down both to Android’s huge global popularity and its open approach. Plus, Apple tightly controls which apps are available on its App Store, vetting all apps to avoid allowing malware through.

Many threats to Android could be largely eliminated if all users upgraded their handsets to the latest version of the OS. The fragmentation of Android devices across old versions plays into the hands of malware creators, so it’s vital to keep your own devices up to date.

Apple has no similar problem, as each release of iOS quickly filters through to users. Indeed, iOS updates are big events that prompt mass upgrades, and that means significant security scares are rare enough to be big news when they occur.

Similar security features are available on both platforms, but Android makers tend to want to be first with a feature, while Apple usually wants to be the best. That’s the case with facial recognition.

Both Apple and Samsung offer facial-recognition features built into their phones that make your face the password used to unlock the phone or authorize payments using Apple Pay and Samsung Pay. Apple’s implementation of this feature, called Face ID and available on the iPhone X, is more secure.

Security researchers have shown that Samsung’s system can be tricked with just a photo of a face, rather than the real thing. If Samsung can be tricked, other Android phones with Facial ID can also be tricked.

Apple, on the other hand, has created a system that can’t be fooled by photos, can recognize your face even if you grow a beard or wear glasses, and is the first line of security on the iPhone X.

22 thoughts on “iOS vs Android – Which is more Secured?”