Skip to content
It all started from Nokia, when they ported their OS from
Windows to Android by introducing Nokia XL running on Android OS even though it
has limited internal memory. I’ve over head some IOS users complaining of being
tired of  iOS  devices, and needed to make
some changes by using Android devices…
Now, its blackberry…

Its been rumored that their next device
may come with an Android operating system. According to the report, the move to
use Android is part of BlackBerry‘s strategy to pivot to focus on software and
device management. BlackBerry, which once dominated smartphone sales, now has a
market share of less than 1 percent. 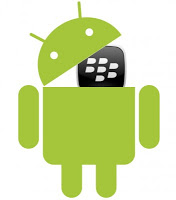 Though It isn’t clear from the report if this shift would be
for one particular upcoming smartphone, or if it would be a larger move away
from BlackBerry
10.
My question now is, what is so special about Android OS that
every body want to port to it? To all blackberry users like my grandma, we’ll
be glad to welcome you to Android Club.
Source: Reuter

33 thoughts on “Even Blackberry Want to Port to Android OS – What is so special About Android?”