Skip to content
BlackBerry
users have been predicting the death of BlackBerry 10 for
quite some time, and John Chen Blackberry CEO  has now confirmed that there will be no second coming
for BB10 devices in the future. Let’s nail it and hide it inside the coffin. Blackberry
will only release two more updates for that device this year and next year
respectively. 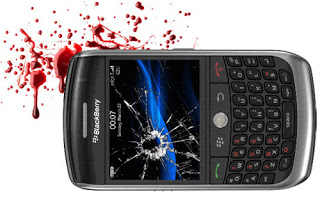 Chen
clearly stated in his latest interviews with Golf News: “We will support BB10 for minimum two more years as a lot of
governments are using it, such as Canada, the U.S., Germany, and UK.”
…the
company will now be focusing solely on its Android phones with the goal of
producing “most secure Android smartphone for the enterprise.”
I’m
sure you still remember the deadly targeted blow of the recent withdrawal of
major app support like Facebook and WhatsApp? This finally nailed it and buried
Blackberry 10 OS.
With
Blackberry 10 going out of extinction; all eyes are now focused on the new Blackberry
midrange Android phones nicknamed Rome and Hamburg; one of
them will come with a full touchscreen and the other will have a physical
keyboard.
Blackberry
users, will you also port to Android or continue using your Blackberry 10
devices?