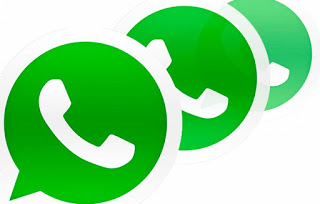 WhatsApp
earlier this week celebrated 7years of existence and therefore announce that
the following devices will no longer offer the kind of capabilities that
WhatsApp requires to expand their app’s features in the future.
This
explains one of the reasons why Blackberry wants to dump Blackberry OS to Android OS. So if you are still using any of the above devices, its time to be
planning on getting an iPhone or Android devices. Hence, Blackberry users sorry
to blow you right in the eye because there is no future for Blackberry Phones
running on Blackberry OS.
Those
of you still running Android 2.1 and 2.2 OS, your next neighbor shouldn’t know
that’s what you are running before you’ll entirely disappoint Android family. Nokia
S60 and S40 users, Infinix Hot 3 is about to be launch at a more cheaper price,
hence its advisable you get yourself one before the end of the year.