Skip to content
It been a while I reviewed the best data plan for allsmartphones even though some of us are still rocking Glo Bis on our Android and
BB10, some are secretly rocking Mtn free 700MB and 150MB, some other Mtn Night
Plan that works during the day, while some few individual just choose to stick
with Airtel Bis plan. The choice still bounce around which network is fast with
good network reception in your location.
Etisalat BIS: Well, this network Blackberry plan lacks too
much emphasis these days because many people have ported to Glo Bis and Mtn on the
various device. Though normal Etisalat Zap data but not like the abnormal Airtel
Bis. I learn’t you can now convert Etisalat BIS to work on all device; I’ll
post it online when the time is ripe.
But there are trusted Third party agents who sell Etisalat
Data at a cheaper price like Mobiblaze. You can check them out. It also works
on all devices 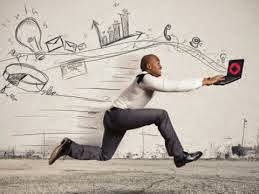 Glo Bis: Glo is one of my all-time best internet plan at the
moments as it can codedly be tweaked to work with Android MTK devices by merely
tweaking your imei to bb plan. Not only that, the normal blackberry plan
equally works on BB10 as well as giving you the opportunity to top your data
upto 12GB to last you for 4months… Isn’t this unique? The data usage doesn’t
even move at all; meaning that you won’t be able to finish Glo data except you’re
one heavy internet user. I currently recommend this to all Android users and
BB10 users.
To Subscribe for their package, send Comonth to 777 and to
check your data balance, dial *777*0#
Airtel BIS: Recently, Airtel introduced Android plans which I
shared here; the prices seems to be extremely expensive.  Why will I buy 2GB for #2k, when I know I can
get 4GB for #1,500? Not as if their Bis plan is not working on Android ooo but
I just don’t know the reason why this Android plans are introduced. However, if
you have subscribed to this Android plans, let us know how far, if it zap data
or not.
Though the Airtel BIS plan has been serving me on my PC
greatly, the last subscription I made lasted me for 7weeks and it’s fast; but
it zaps on android devices. It works normal on iPhones/iPads.
MTN: You shouldn’t have any problem with using any of MTN
plan on your device as at the moment,
you can rock with free 700MB on all device and PC; you can also rock the
night plan during the day time that gives you 4.5gb for #2,500 and it works on
all device.
Without even going for their normal plan, you can get Cheaper  Data Plans with cheaper prize
from trusted third party agents. E.g you can get 1gb for #1k etc.
Left for me, I’m a heavy internet user, so I make use of Glo
Bis, Airtel Bis and Mtn data… I don’t know about you but my Job is to make
internet surfing cheaper for all.