Skip to content
Thank God it’s September and I can gallantly smell good
report for everyone with my two wide nose. Don’t give up on your dreams and
aspiration yet… It’s too early to put an end where you need to put a bend. When people say they can’t see any good in you, hug them and
smile because life can be very difficult for the blind…
I’ll quickly review the Best Data
Plan for September because it’s very important I do that; what data is to your
device is what butter is to bread. 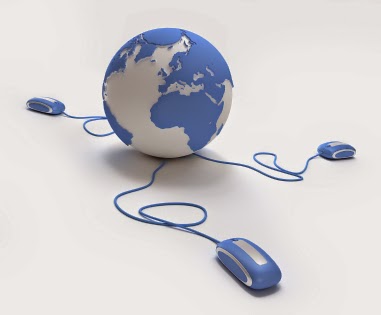 MTN: Mtn Network for the past few
weeks has really been trying, just last week, they distributed 1GB to almost all
their subscribers. Mtn Night plan that gives you 4.5GB and allow you to use it
during the day 247 is still working on Android, iPad and PC. I think this plan
should be meant for heavy internet users.
But along the line, Cheap Mtn DataPlan from trusted third party agent is even more considerable for your device
now than even the so called Mtn Night plan since  you can get 1GB for 1K and it will last you
for 30days. This 1GB will last you for 1month. I’ll recommend this plan for
iPhone users and for the new Mtn Android Phone users.
Etisalat: Well, this network seems
to be so covered with enough securities therefore making it difficult to carve
out a tweak aside of YF with etisalat that has been rocking but extremely slow.
Third party Agent like Mobiblaze help reduce the cost of Etisalat Data by giving you 1GB for 1,500 which is fair
enough. However, a dude sent me a configuration on how to use eti BIS on any
device; though I’ve not tested it hence, I won’t be posting it here except you
want to test it.
If Etisalat network is fast and
better in your area, I’ll suggest you go with Mobiblaze third party data
seller, it works on all device and they can be trusted.
Airtel BIS: Just of late, I heard
Airtel Nigeria want to stop their 4GB 2in1 package that works on all device but
it’s not yet confirmed. Those who love this network, it doesn’t zapp data on PC
but zap on Android devices. However, I won’t encourage anyone to use AirtelAndroid Plan as it’s too expensive for a common man. Why will I get 2GB for 2k
when I can get 4GB for #1,500
Airtel have different Blackberry
plans that work on all devices ranging for 1gb for 1,200, 2gb for 1,500 and 4gb
for 1,500. Just make your choice. And if you are in other country like Ghana,
it equally works there.
Glo: This is one of the best as at
this moment because you can tweak any of your Android Phone to act like a
Blackberry Phone by just changing your imei. Remember that Glo Bis works on Android;
and its 1k for 3GB. Every Android Phone IMEI can be change but with different
method. Take for instance, the new MTN Android Phone can be change with an
unlock box that equally works with Samsung users.
Glo Blackberry plan also allow you
to top up your Data up to 12GB and it will last you for 4months. However, iPhone/iPad
and PC users can only use this plan if its been  tethered from an Android Phone or a
Blackberry Phone.
To subscribe for this plan, send Comonth to 777, and to check your balance, dial *777*23#.